CO is a genuine threat for boaters 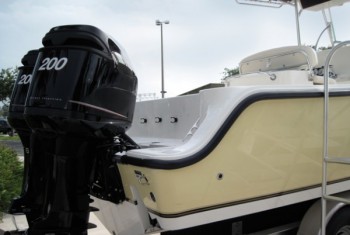 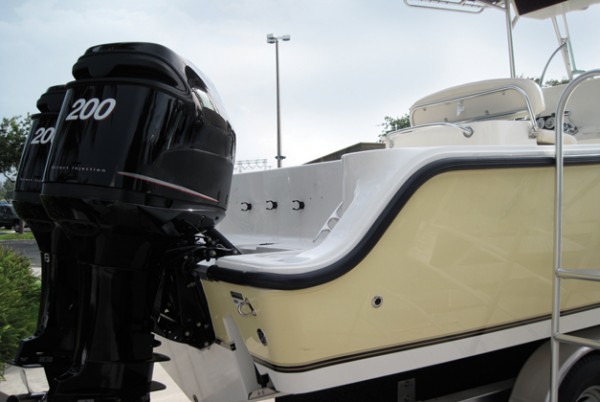 The aft area of a boat is one that is typically high in carbon monoxide emissions. Be careful around this area, even when in the water.

There's something ominous lurking whenever you go boating or participate in water sports. No, it's not a huge barracuda or a stalking shark. The United States Coast Guard warns that carbon monoxide, or CO, is an extremely dangerous substance boaters must be mindful of.

CO is formed by the incomplete combustion of many fuels, including wood, oil, kerosene, and charcoal. While it may be present in homes or coming from the rear exhaust of a car, it is also a concern for avid boaters. Often referred to as a "silent killer," CO is an odorless, colorless, and tasteless gas, making it difficult to detect.

CO isn't just around a boat's engine, where it is found in high concentrations. It can also build up in enclosures in and around a boat. Furthermore, CO can collect at slow speeds and may be present while the boat is idling, moored or anchored -- even if the engine is no longer running.

There was a time when few boaters were concerned about CO, though awareness of its potentially fatal presence has grown significantly in the last few years.

Carbon monoxide enters the bloodstream through the lungs and displaces the oxygen the body needs to breathe, potentially causing death in a matter of seconds.

Early symptoms of CO poisoning include irritated eyes, nausea, dizziness, and headache. Because these symptoms can also mimic seasickness, they may be initially overlooked.

Any boat with an engine and/or generator can put those on board in danger under certain circumstances.

The rear of the boat and on or around the swim platform is the area where CO levels tend to be at their highest. But CO can also be present in the cabin and the cockpit of the vessel. When docked next to an idling boat or even one with a generator running, CO can enter the cabin and cockpit.

It is recommended to avoid certain areas of the boat and to be aware of safety hazards that can cause CO poisoning and possibly even death.

* Do not enter a partly enclosed or enclosed area under the swim deck or platform where exhaust is vented. Exhaust lingers in such areas, and it can be very fatal.

* Avoid exhaust areas while the motor is running. Wait at least 15 minutes after shutting down the motor before moving toward these areas.

* Educate all passengers about CO poisoning and post warning stickers in dangerous areas.

* Inspect the exhaust system frequently to ensure it is running properly.

* Purchase and test CO detectors for the boat before each trip.

* Turn the engine off when stopped in the water.

* Move anyone complaining of CO poisoning symptoms to fresh air and investigate.

Carbon monoxide is a danger, but it doesn't have to make boating trips end in a fatality. Employ safety tips when operating any motorized vessel.