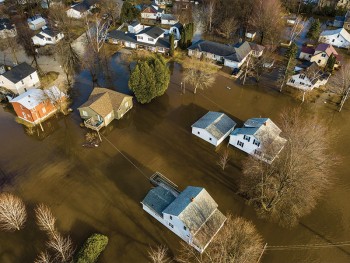 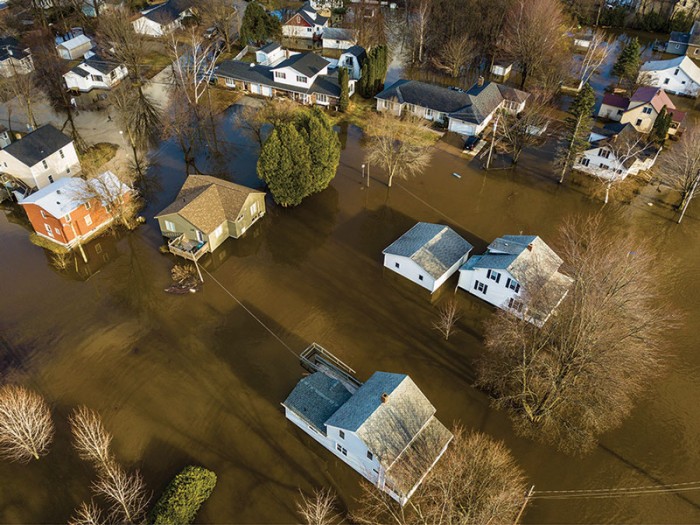 Few weather events are as impactful and widespread as flooding. Floods can happen anywhere, and because of their ferocity, they are not a force to take lightly.

Flooding also may occur due to the failure of a water control structure, such as a dam or levee. Storm surges from tropical and non-tropical storm systems are other leading causes of flooding, particularly in coastal areas.

The U.S. Geological Survey says floods create billions of dollars in damage and have been known to kill hundreds of people each year. Some ways floods can wreak havoc include loss of housing, crop failure, damage to roadways and infrastructure, and contamination of drinking water.

The Federal Emergency Management Agency warns that every community and person should be aware of the dangers of flooding and prepared to take action.

• Listen to radio and television reports about flooding and get to higher ground if you are in a low-lying area.

• Know your risk for flooding, assemble an emergency kit and have a plan for escaping or riding out flooding in your home. All household residents should learn and practice this plan.

• Flood water can damage electrical power, natural gas and propane gas systems. The Centers for Disease Control and Prevention says to minimize fire hazards by turning off these utilities during or after a flood. But only do so if you can do this from a dry location.

• NOAA says a mere six inches of water can knock you off your feet. Try not to venture into flood waters on foot or by car. It only takes seconds to get swept away and potentially drown.

• Flood water can be mixed with sewage and other hazardous substances, warns AccuWeather. It also could be hiding downed power lines or sharp objects. Avoid contact with flood water, as it may pose a risk for intestinal diseases or infections in open wounds.

• All dampened structures will need to be properly dried out, which often necessitates utilizing a professional service. Otherwise mold and mildew can fester and lead to serious structural issues, not to mention sickness.

• Use protective clothing and a mask when cleaning up after a flood to avoid respiratory problems.

• Never enter a flood-damaged home or building until it has been declared safe by authorities.

• If you are concerned about flooding, speak with an insurance representative about flood insurance. Flood losses typically aren't covered under a homeowner's or renter's insurance policy. Damage can cause a catastrophic financial loss otherwise.

Floods are intense and scary events that require extreme caution and care before, during and after the event.