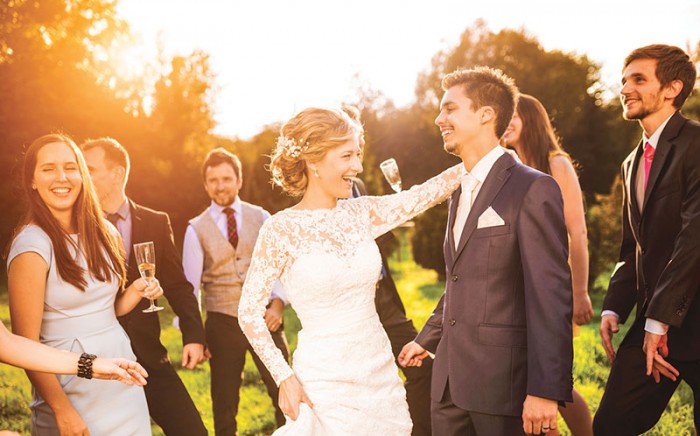 Cooperation is key for couples planning their weddings. Compiling the guest list is one area of wedding planning where couples oftentimes must embrace both cooperation and compromise.

Putting together a wedding guest list can cause some tension. That tension may be confined to couples, but it may even occur between couples and their families. Getting a grip on their guest lists may be one of the more difficult tasks couples encounter when planning their weddings, but there are ways to make creating the guest list go smoothly.

• Recognize the need to compromise. Couples who recognize the need to compromise in advance of compiling their guest lists may find it easier to pare down that list if the initial number of guests is too high. Couples can create lists of people they want to invite, breaking these initial lists down into categories such as "friends," "family," "acquaintances," and "coworkers." Couples may not want to compromise on inviting friends and family, but each person should be willing to remove some coworkers and acquaintances from their final lists.

• Don't succumb to parental pressure if mom and dad are not paying the bills. Couples who are financing their own weddings should not feel beholden to their parents' wishes when compiling their wedding guest lists. Politely explain to parents you're working on a budget and that you have a predetermined number of guests you're capable of inviting. Couples can appease their parents by encouraging them to compile a list of people they hope to invite, and then telling them these people will be invited if other guests are unable to make it. Couples whose parents are footing some or all of the bill must be more receptive to their parents' wishes than those paying for their own weddings.

• Agree on a kids policy. A policy regarding kids may help couples as they create their guest lists. Couples working with tight budgets may decide that the only children who will be invited are their nieces and nephews. Young cousins likely won't feel slighted if they don't make the cut, and their parents may even appreciate a night out without the kids in tow.

• Employ the "future versus past" formula when paring gets tough. When all else has failed, couples faced with difficult decisions regarding their wedding guest lists can ask themselves if prospective guests are people they expect to see again in the future or if they are people from their past. Including the former might be a good idea, while removing the latter may also make sense, especially if it's been a long time since couples have seen people who fall into the "past" category.

Creating the guest list is one of the more difficult parts of planning a wedding. But couples willing to compromise may find the process goes smoothly.