Food safety is important when entertaining 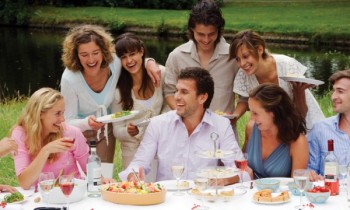 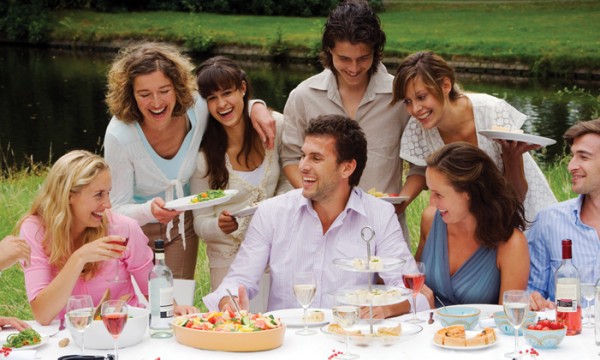 Don't have guests walk away from your party with a poor parting gift, such as a food-borne illness.

Entertaining at home is one of the ways friends and families spend time together, and food is often at the center of such gatherings, acting as a conversation starter or even the central component of the festivities. But food can also make your gathering memorable for all the wrong reasons.Forty-eight million people get sick from contaminated food each year, according to the National Institutes of Health. Statistics Canada says that roughly 13 million Canadians succumb to some sort of food illness each year. Common causes of food-borne illnesses are bacteria, parasites and viruses present in improperly handled food. Some foods also contain contaminants that result from the growing or packaging process.

Salmonella-laced spinach and cantaloupe, pink-slime beef and scores of other food-related concerns pop up every year. However, keeping guests and yourself healthy requires knowledge of some basic food safety rules that are important throughout the year.

* Wash your hands thoroughly before handling any type of food.

* Avoid cross-contamination of foods by using utensils for only one type of food (e.g., separate cutting board and knives for meat and produce).

* Keep foods thoroughly chilled to prevent bacteria growth. Do not over-stuff a refrigerator, or it may not be able to retain a cold enough temperature necessary to inhibit growth of microorganisms.

* Store raw meats on the bottom shelf of the refrigerator so they don't accidently leak or drip onto other foods.

* Keep hot foods hot and cold foods cold during serving. Use chafing dishes or bowls or bins of ice if necessary.

* Discard any leftover food that has been sitting out if it hasn't been placed in a container and refrigerated or frozen within two hours. If it's especially hot outside, discard after one hour.

* Keep foods covered when serving outdoors. Insects, notably flies, carry harmful bacteria, which can be transferred to food from saliva or body contact.

* Thaw foods in the refrigerator, not on the counter.

* Sanitize kitchen surfaces with bleach and water to kill any residual bacteria from food preparation.

* Do not use meat, poultry or seafood marinades again to baste cooking foods.

* Regularly clean out the refrigerator and wash down the bins and trays.

* Wash all fruits and vegetables prior to cooking. Fleshy fruits can become contaminated simply from a knife coming in contact with the rind and then the fruit pulp.

* Be extra careful with known food-borne illness suspects. These include eggs, ground meats, seafood, and poultry.

Safety precautions when preparing and storing food can safeguard hosts and their guests from food-borne illnesses.